We’ve all heard of SIDS (Sudden Infant Death Syndrome) where a small child is found dead in its crib with no apparent cause of death to be found.  But apparently this same phenomenon occurs in adults in connection with the disturbance of cultural or religious beliefs. There is a new article in The Atlantic about a period in the late 1970’s when 117 men died unexpectedly.  All of them were Hmong refugees from Laos, sent to America after a failed rebellion during the Vietnam War.  They were in their 30’s and seemingly healthy.  One professor from University of California, San Francisco believes the men were killed by what she calls, “nocturnal pressing spirit attacks.”

In Indonesia, it’s called digeunton (“pressed on”). In China, it’s bei gui ya (“held by a ghost”). The Hungarians know it as boszorkany-nyomas, “witches’ pressure.” In Newfoundland, the spirit that comes is called the Old Hag, and the experience of sleep paralysis, ag rog, “hag ridden.” The Dutch name comes closest to what English speakers know. They call the presence nachtmerrie, the night-mare. 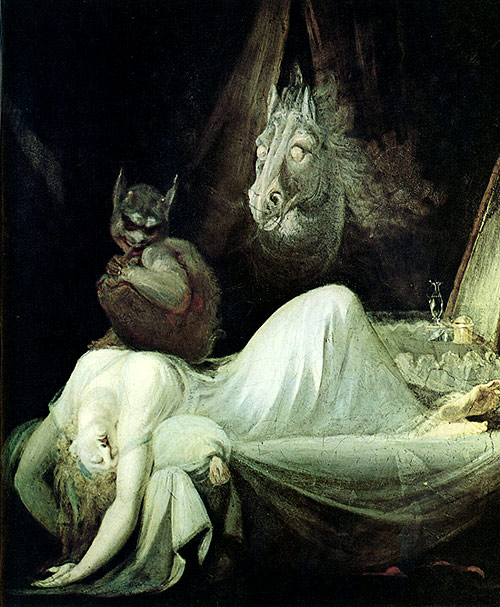 The Hmong people call their pressure demons tsog tsuam.  But why were the tsog tsuam so deadly, especially since the actual experience is easily scientifically labeled as being a product of “out of sequence” REM sleep.

The professor’s assessment is that the Hmong refugees had reason to believe that they were more likely to be victims of these evil night spirits than anyone else.  To escape the communists in Laos, they were sent to places like Minneapolis and Fresno, drastically different from their way of life and their style of ancestor worship.  The Hmong men needed their ancestor spirits to keep the tsog tsuam from performing their deadly nighttime squish of death. Without the proper ritual actions and their ancestor spirits to protect them, the Hmong men believed that they were on the death list.  And since a nightmare is, “a link between our biological and cultural selves:”

“In a sense, the Hmong were killed by their beliefs in the spirit world, even if the mechanism of their deaths was likely an obscure genetic cardiac arrhythmia that is prevalent in southeast Asia.”