Creutzfeldt-Jakob disease is pretty terrifying. It is an incurable brain disease that is invariably fatal. Tiny prions (infectious proteins) infect the brain and cause it to take on a spongy texture. Progressively worsening symptoms include dementia, hallucinations, depression, paranoia, and seizures. Its effects have been compared to a human version of mad cow disease. You wouldn’t wish it on your worst enemy. 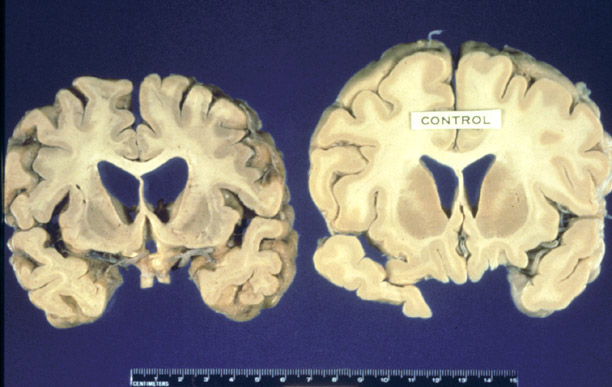 Just when you think there is nothing worse than having a loved one contract and die from this rare disease, turns out you have one more thing to worry about — not being able to bury or cremate the body.  According to this report by NBC,  “across the country, funeral homes and crematoriums are routinely refusing to accept the bodies of CJD patients out of fear of infection, despite health guidelines that say that — with standard precautions — embalming and burial is perfectly safe.”

Oh, it gets worse. Listen to this: “Some families report that their loved ones who died from CJD were removed from the hospital, placed in double body bags and taken directly to a crematorium with no warning. Others tell NBC News that funeral workers forced pallbearers to wear medical gloves and told mourners to stand far back from the gravesite and to disperse quickly after the ceremony.” That’s some Grade-A time-of-that-plague ignorance on display. “Hear ye, hear ye, stay back from thy plague-ridden bodyie! The clouds of death doth float from it.”

One family featured by NBC told the story of how their father’s body was rejected by four funeral homes in Salt Lake City. Outright rejected. Refused service. Not only did the funeral homes refuse to handle the body so they wouldn’t “risk their health,” they also refused to even cremate the body, “worried that the spores would become airborne.”  WHAT. Spores?! That’s like a science-fiction movie. There are no Creutzfeldt-Jakob spores, that’s NOT A THING.

If you’re an Ask a Mortician person (follower, deathling, whatever) you will remember that I recently did a video on why dead bodies are not dangerous.

Maybe I should have screamed or enunciated or something? If funeral homes want to be taken seriously as professional facilities, trained in the art of death, not spouting weirdo pseudo-science about spore-spurtin’ danger-corpses would be an excellent place to start.